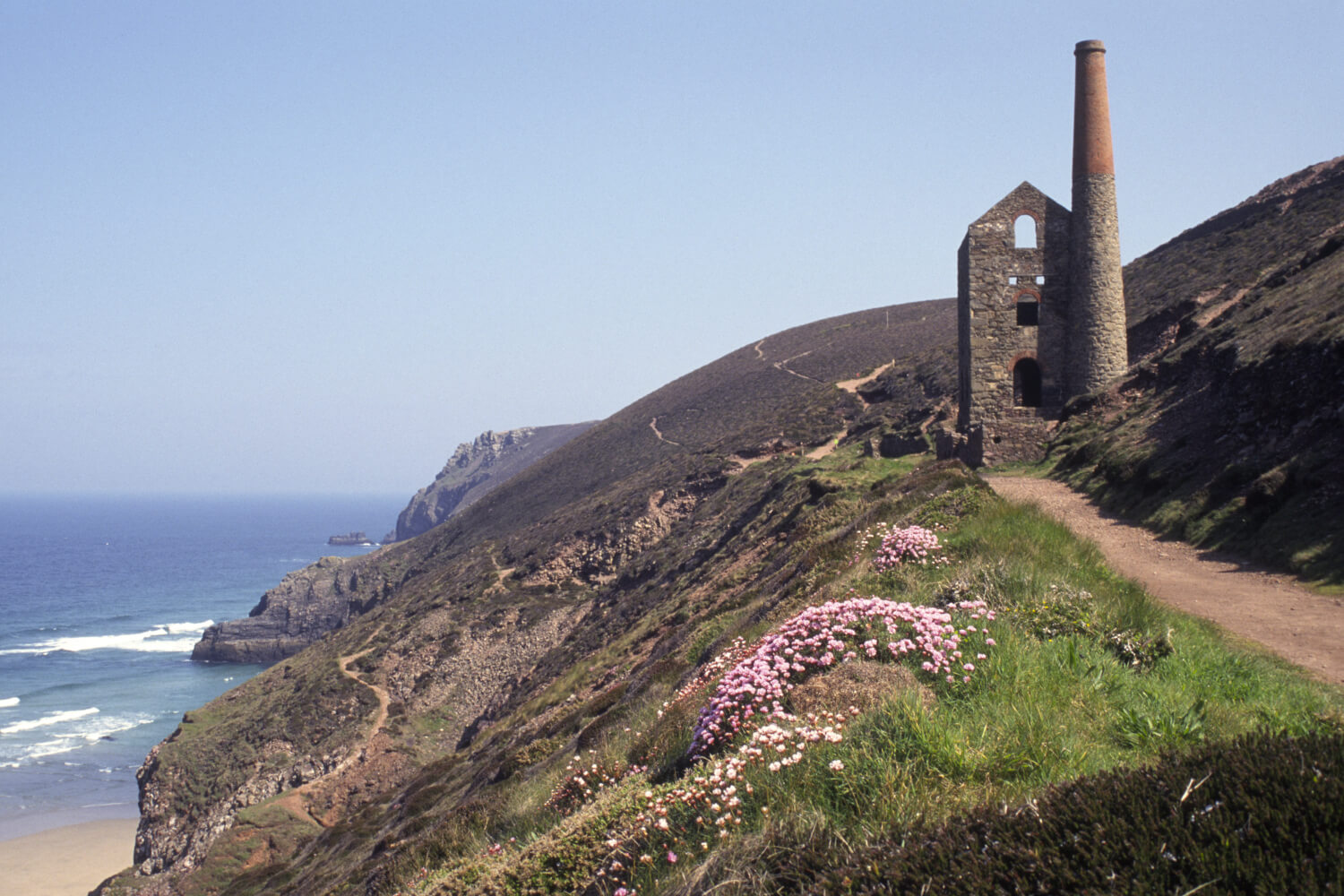 Where is the BBC’s Poldark Filmed?

by Emily Crane / Film and TV

With the fourth series at a close and news that the fifth (and possibly final) series of Poldark has been commissioned, we thought now would be the perfect time to compile a guide to Poldark filming locations around Cornwall, from Padstow to Porthcurno.

The epic series is based in Cornwall, with many of its most memorable scenes filmed in wonderful locations all around the county. A land of dramatic moorlands, craggy headlands, secluded coves and crystal-clear waters, the series just wouldn’t be the same without the romance of the Cornish countryside.

If you are looking to discover Poldark’s Cornwall, why not browse our guide below? 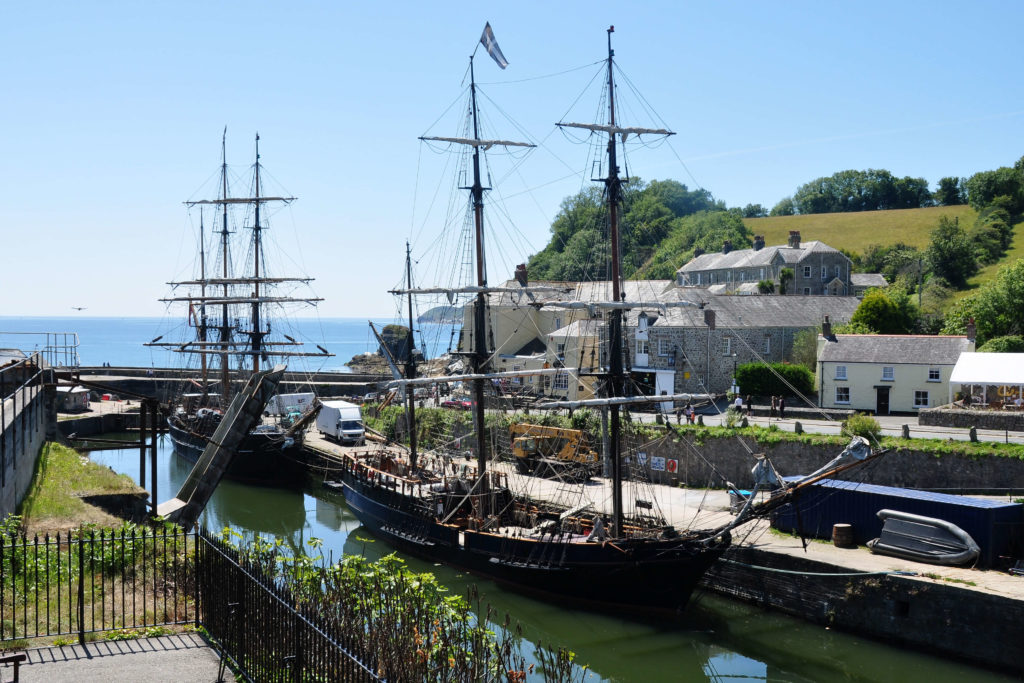 The village and port of Charlestown lies on Cornwall’s South Coast, just 2 miles from the popular town of St Austell. Exploring Charlestown’s untouched, Grade II Listed Harbour feels as though you have stepped back in time, with a collection of renowned old ships often docked in its harbour.

It doubles as both the setting for Truro and Falmouth. It’s use as Falmouth is during the shots at Captain Andrew Blamely’s home, where his window overlooks the Charlestown Harbour. It is also from here that the scenes in which Blamely and Verity Poldark elope are filmed.

The locations used for Ross Poldark’s family home and estate, the fictitious Nampara, vary from the dramatic landscapes of Bodmin Moor to the cliff tops near St Agnes. Many of the horseback riding scenes are filmed on the moorland and it is also the location of the miner’s cottages. The exterior shots of Nampara house were filmed at the village of St Breward near Camelford, on the Western side of Bodmin Moor. 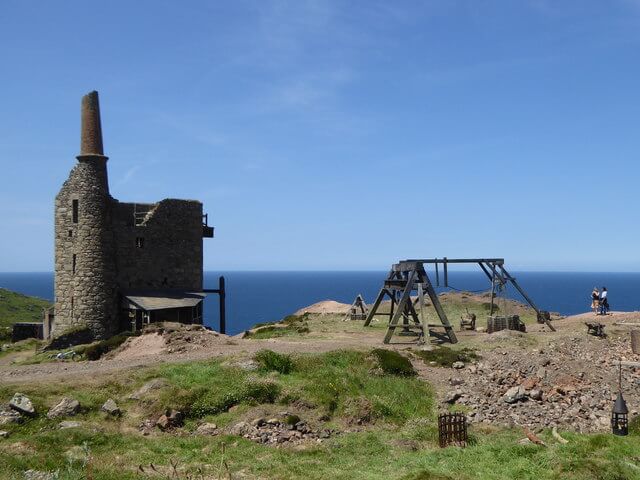 Cornwall has a strong mining heritage with much of the local economy depending on the industry between 1700 and 1914, the decline during the Nineteenth Century has lead to many of the sites being left to ruin. In 2006 most of these mining landscapes became part of a UNESCO World Heritage Site due to its cultural importance. This, combined with the first series of Poldark, has meant that interest in this side of Cornwall’s heritage has practically boomed.

The TV series used Botallack Mine near St Just, as well as the Levant Mine and Beam Engine (both owned by the National Trust). West Wheal Owles at Botallack was used as Ross Poldark’s mine, Wheal Leisure. 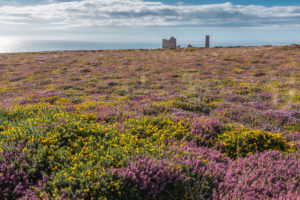 Poldark is renowned for its wonderful cliff top scenes, featuring impressive panoramas of the Cornish coastline. Some of the most easily recognisable locations would be Gwennap Head in West Cornwall, Predannack Wollas near Mullion and Stepper Point overlooking Padstow Bay, as well as Park Head and St Agnes Head, both of which are located in North Cornwall. The latter is also used for scenes based on the Nampara Estate. Park Head overlooks the well known Bedruthan Steps and is often used for scenes in which Ross Poldark rides horseback. 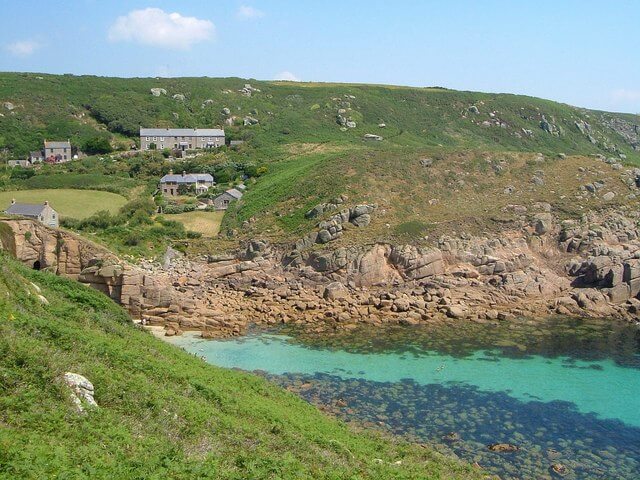 Porthgwara Beach is the setting for THAT scene in the first series in which Demelza watches Ross as he swims in the sea below. It is also used as the location for the Pilchard fishing scene in the same series. Porthcurno Beach with its white sand and azure waters was used as the idyllic Nampara Cove and Kynance cove is used in aerial shots for series two’s opening sequence.

Other beaches included in the series so far would be Gunwalloe, Holywell Bay and Porthcothan. 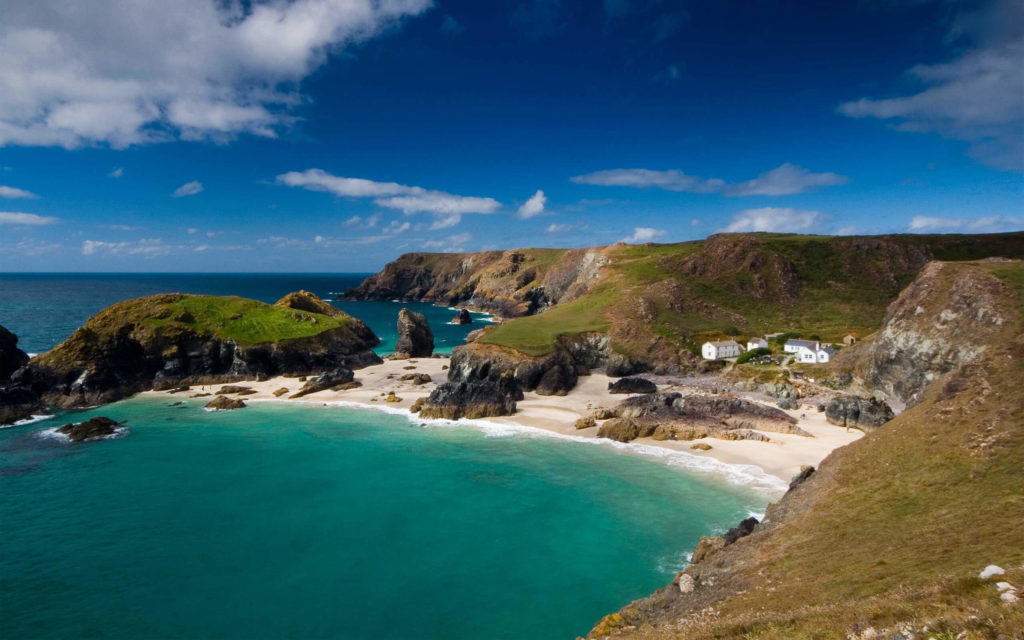 If you are longing to visit this wonderful county after watching BBC’s Poldark, browse our range of holiday cottages in Cornwall and find your next home from home.

by Emily Crane / Film and TV

I joined the Marketing team in January 2018, after having previously been part of Property Recruitment here at Sykes Holiday Cotta...