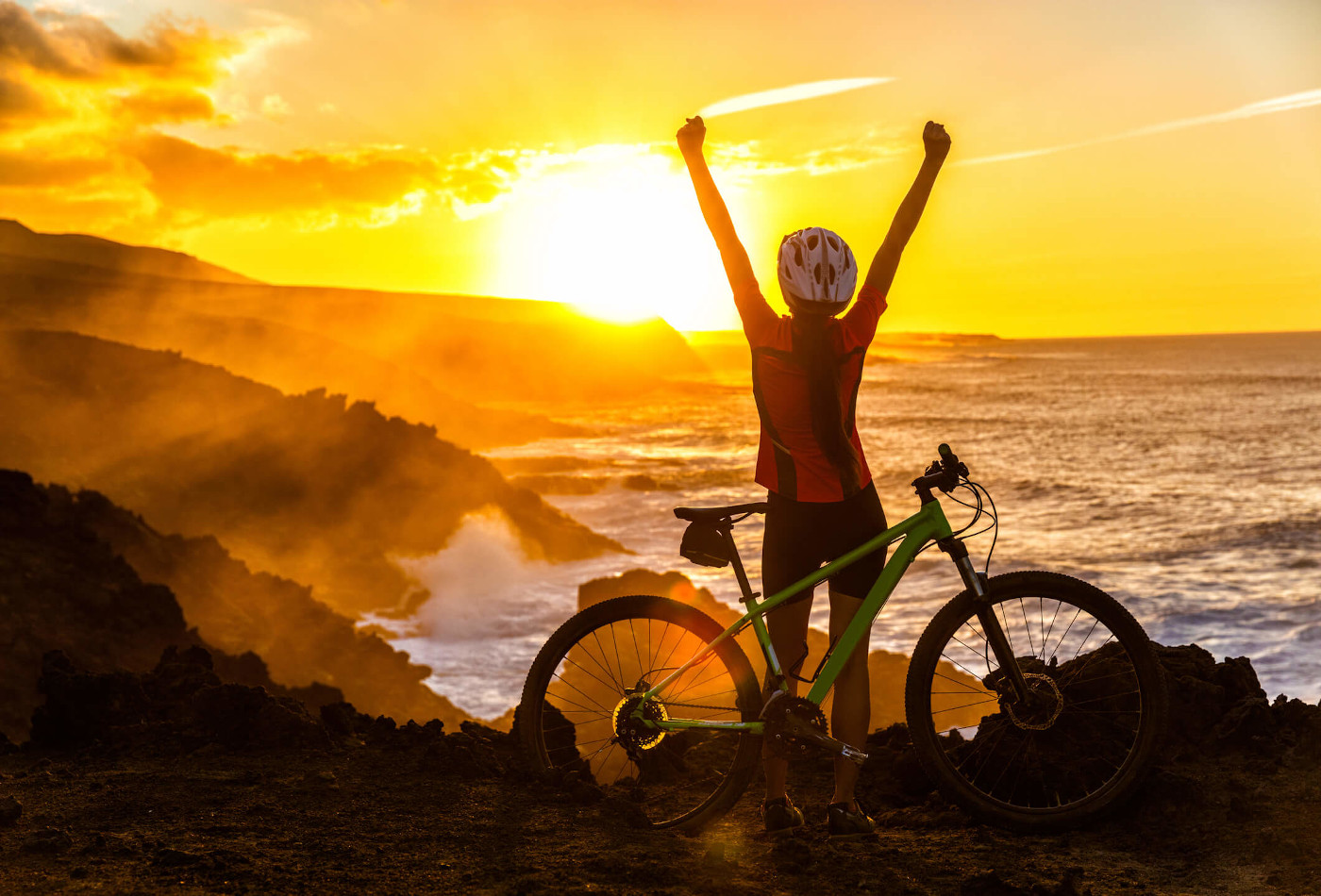 Cycling in Cornwall | The best routes and trails

Cornwall is a fantastic place for cycling, with hundreds of miles of cycle routes on offer. Travel along dramatic stretches of coastline, through ancient woodland, sites of historical interest and open countryside. From flat, traffic-free sections to steep off road hill climbs, there is something to suit all ages and abilities.

If you want to plan your route then this cycle map has details of all of the trails mentioned.

This 180 mile route runs the whole length of Cornwall, from the most westerly point in mainland Britain at Land’s End, all the way to Bude on the Cornwall/Devon border. It is split into 6 sections, two of which split off at Truro, with one path going via St Austell and the other via Padstow, before re-joining at Bodmin. Only around 20% of the Cornish Way is traffic-free, however a lot of the route follows quiet country roads and often connects with other trails throughout Cornwall, some of which are completely off road. Along the way you can expect to travel through woodland, coastal and seaside towns, mining villages and Areas of Outstanding Natural Beauty. If you do tackle the whole section and have energy left when you reach Bude then you can even extend your journey further and travel along the West Country Way to Bath and Bristol! 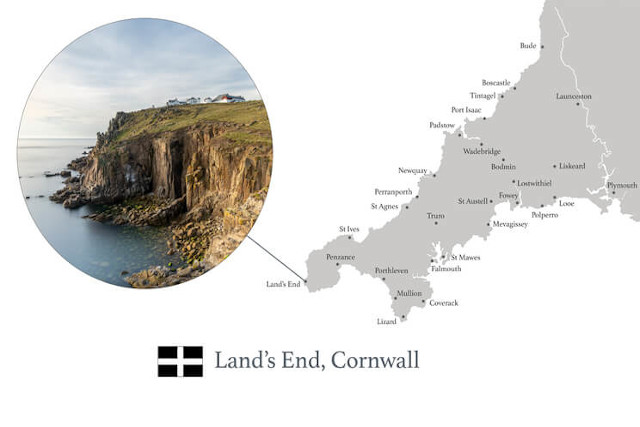 The 6 individual sections are:

The First and Last Trail

This trail is a mixture of on and off road. The majority of the route is flat however there are some sections of hill climbs. Starting at Land’s End, travel across the peninsula to Lamorna and then follow the coastal path up to Mousehole, Penzance and through Marazion. This section has some stunning views across the natural harbour of Mount’s Bay and St Michael’s Mount. At Marazion the trail veers away from the south coast and heads inland, following the course of the River Hayle, before reaching Hayle on the north coast of Cornwall.

The route starts at Hayle, heading along quiet country roads to Camborne, before following largely traffic-free sections of the Mineral Tramways trail to Redruth. This area was once one of most mined regions in England and takes its name from the hundreds of abandoned engine houses, as well as other industrial and archaeological remains, dotted throughout the landscape. From Redruth, the route takes you through Carharrack and Bissoe, until you reach your final destination of Truro.

The Coast and Clay Trail

Starting in Truro, the trail takes you past the National Trust owned Tresslick Garden, over the River Fal on the King Harry ferry and through the stunning landscape of the Roseland Peninsula. From Gorran Haven, follow the coast to Mevagissey, past the Lost Gardens of Heligan to St Austell. This area has a rich mining history, stretching back hundreds of years to when china clay was first mined. If you want to explore the mining heritage of this area then you can join up to the Clay Trail, made up of 9 intersecting trails which loop around St Austell (more information on this below). From St Austell, The Coast and Clay Trail carries on north to Lanhydrock House before finishing at Bodmin.

An alternative to the Coast and Clay Trail, this route follows minor country roads from Truro to Newquay. From here the route heads inland to St Columb Major, continuing north to Padstow, where it joins the Camel Trail to Bodmin.

This popular route runs from Padstow  to Wadebridge, and then on to Bodmin and the edge of Bodmin Moor. The 18 mile route is predominantly flat, excluding the trail from Bodmin to Bodmin Moor, and follows a disused railway line that runs alongside the Camel Estuary. The scenery in this area is among some of the most spectacular in the country and the trail is also largely traffic free – making it a firm favourite of families with younger children.

The start of the route follows the Camel Trail and continues north to Camelford. The path diverges at Hallworthy  and depending on how much energy you have you can follow the more gentle inland path or tackle the coastal route, where you will be rewarded with magnificent views.

Opened in 2005, the Clay Trails are a network of 9 inter-linking routes surrounding St Austell and nearby neighbouring villages. Taking its name from the china clay that was mined here over 300 years ago, you can still see remnants of the area’s mining heritage even if the landscape has undergone a dramatic transformation in recent years. What were once deep clay pits are now turquoise lakes and the landscape is a haven for wildlife, flowers and fauna. Largely traffic-free, the routes take you through beautiful areas of woodland, coastline and traditional Cornish mining villages. Individually, the trails range in length from between 2 to 5 miles, but connect at several points so you can extend your ride much further and mix up which routes you take. 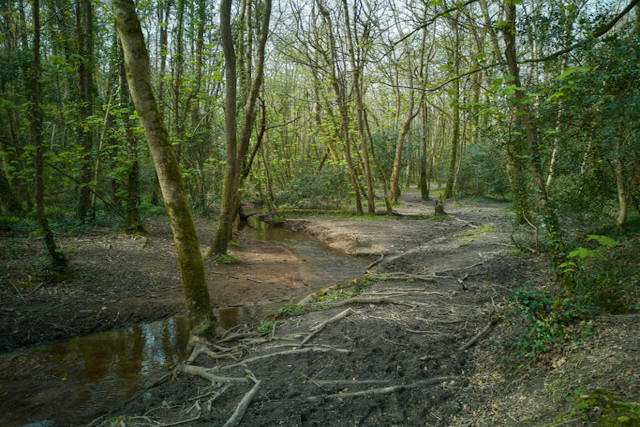 The individual trails are:

Located in the area around Redruth and Camborne, The Mineral Tramway Trails are a 37.5 mile network of intersecting paths through what was once one of the largest mining areas in the UK. Largely traffic-free, the trails follow the tramway and railway routes that were once used to transport supplies and export tin and copper from the mines. As well as it being a beautiful route through woodland, heathland and along stunning stretches of coastline, it is also a fascinating journey through history, with many remnants of the mining age still dotted across the landscape. 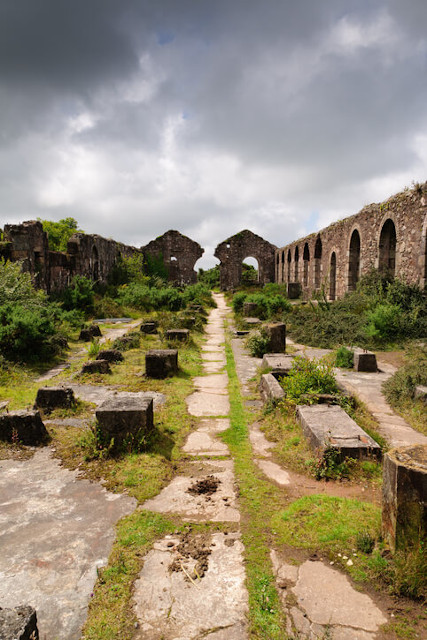 The network has 7 individual trails that vary in length:

This 7 mile circular loop is set within the 480 hectare Goss Moor National Nature Reserve. Predominantly wetland and heathland, the nature reserve is home to a number of rare species of plants, butterflies and moths, as well as a large variety of birds. The trail is suitable for people of all ages as it is largely flat and most of it is off road. 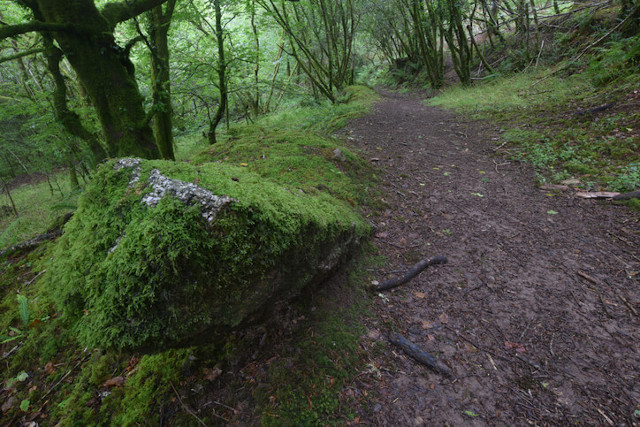 This is one for the thrill seekers and mountain bikers. Cardinham Woods is an area of diverse woodland with three mountain bike trails of varying difficulty. The main course is the 12km blue graded (moderate) Bodmin Beast. Tackle technical climbs, tight turns and sweeping descents. Splitting off from this route are two red graded sections: Dialled-in-Dave and Hell’s Teeth. Only skilled mountain bikers should attempt them as they are fast trails with lots of technical challenges and steep climbs and descents. 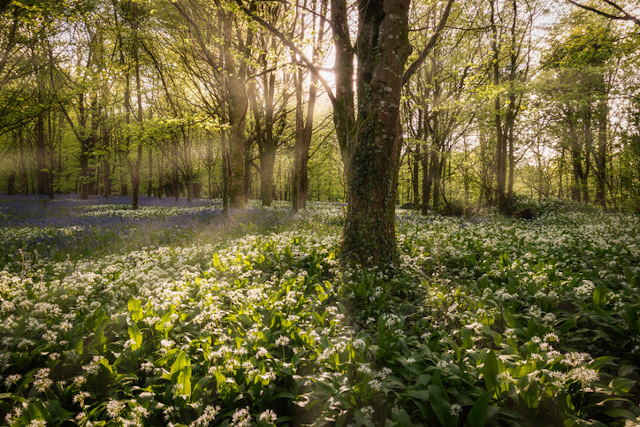 Within the substantial grounds of Lanhydrock country house and estate are a number of cycling trails to suit people of all ages and abilities. As well as flat, gentle paths through the woodland, Lanhydrock also has a number of mountain biking sections. The four blue graded courses vary in difficulty, with some suitable for beginners and some featuring more challenging technical features. The Saw Pit, a red graded course for skilled riders, combines rollers, jumps and tight banked corners.

Planning a cycling holiday in Cornwall? Take a look at this collection of self catering holiday cottages located all across Cornwall. 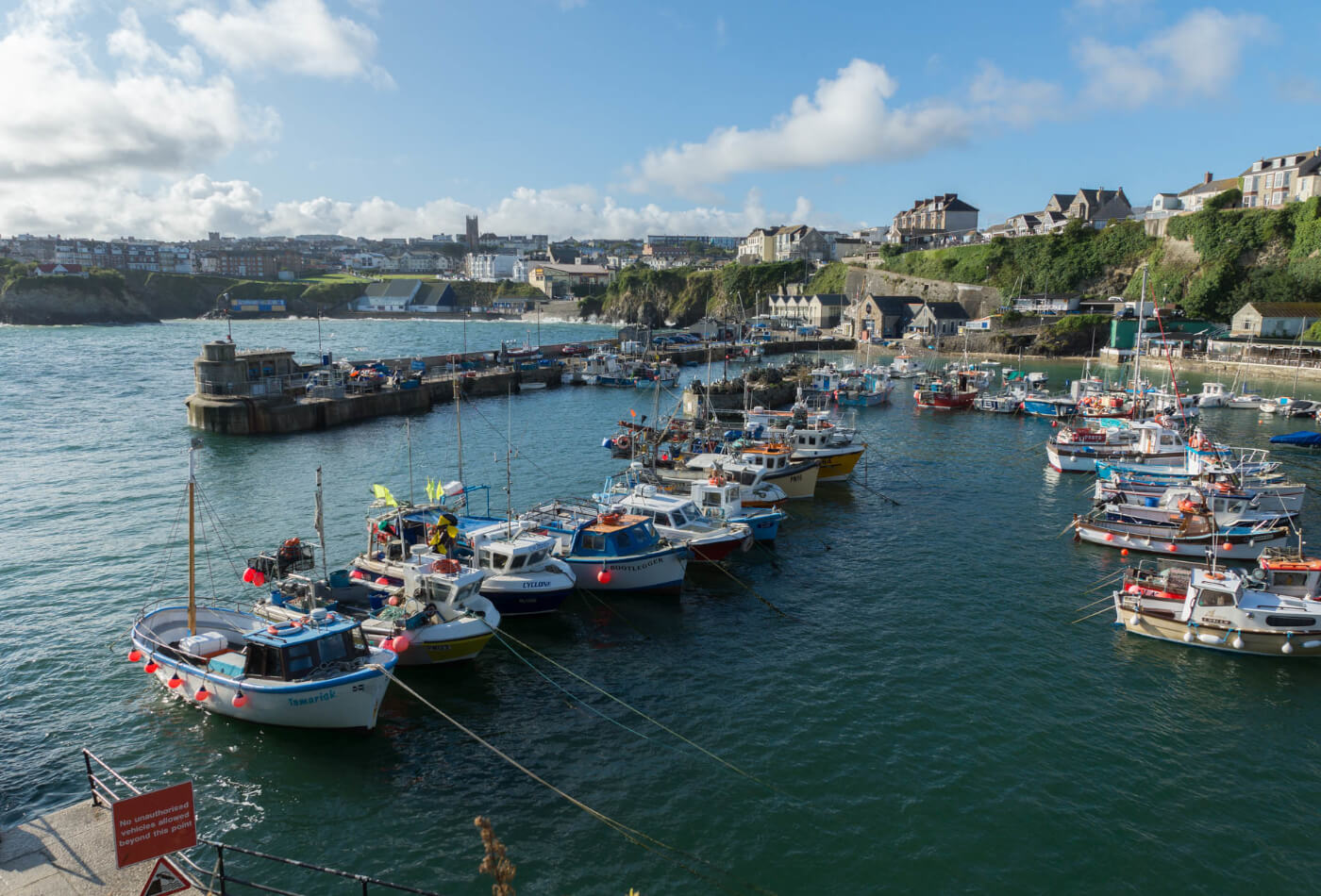 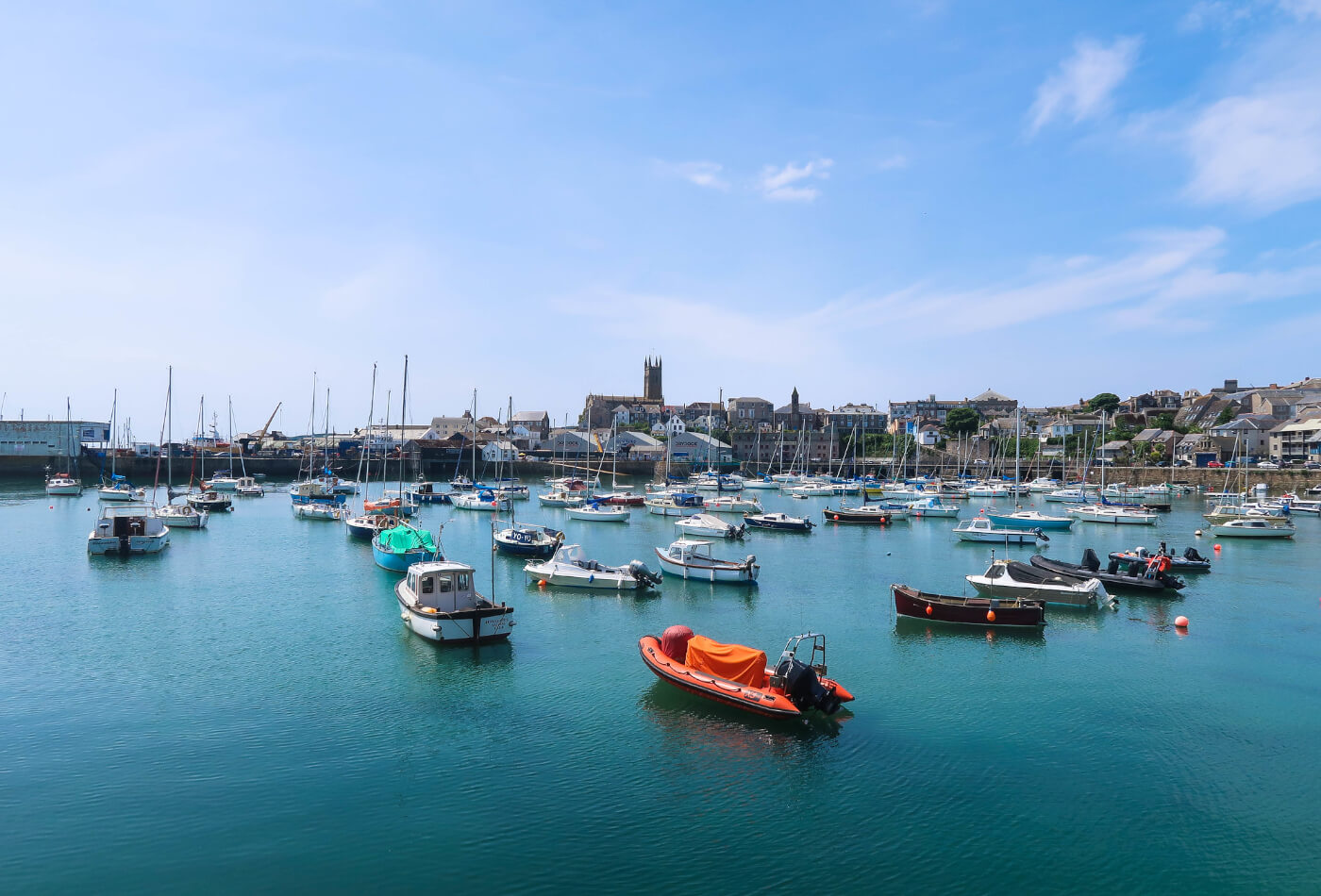 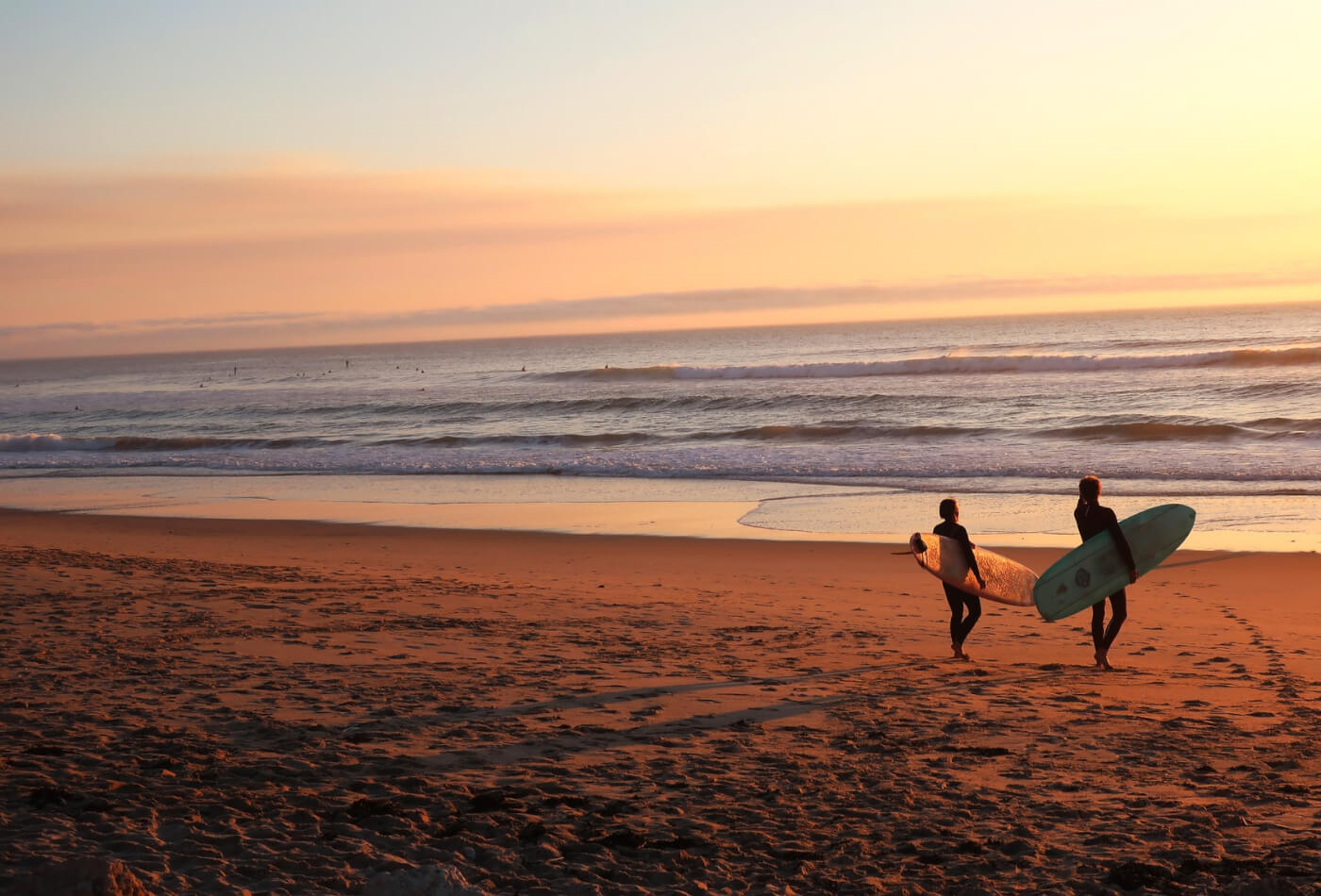